Getting seen is great... Getting noticed is better!

Companies from all over the world realize how important it is to be found on the internet.  Search Engine Optimization (SEO), Pay-Per-Click (PPC) Advertising, Banner Advertising, Remarketing, and Email Marketing are all areas where eLink Design can help. We feel that SEO and PPC are the most important for our clients. 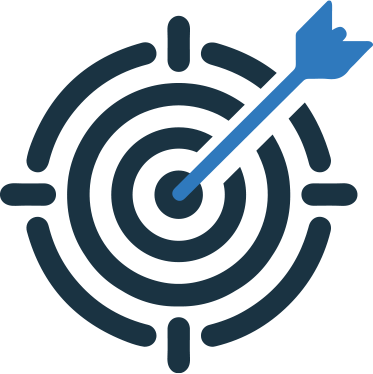 Here's what else we do!

One point of emphasis for eLink Design is to define the direct relationship between Internet Marketing and other forms of more traditional marketing and how they can form a symbiotic relationship. A company's website is the hub for all activity on the Internet. Therefore, if a promotion is going on in the company and they are marketing that promotion in other forms of media, then they need to make sure that their website coincides with the ongoing promotion. If this does not occur, then all the traffic derived by the traditional media will end in confusion on the customer's part if they visit the site and do not see a similar promotion. The last thing that any company wants to do is to confuse the customer.

One of the most famous instances of this failure to cross promote occurred at GoDaddy. They created clever, sexy advertisements that aired during the Super Bowl. They ran television commercial after television commercial about the GoDaddy Girls and then told the audience to visit the site for more information. People went to the site and there was no mention of the GoDaddy Girls. People became confused and GoDaddy lost a huge opportunity in the process. If a huge Internet company such as GoDaddy can make this mistake, then you can be sure that it has happened many more times. Cross platform advertising including Internet Marketing is the future. Make sure to keep up or be prepared to be left behind.

Why have media professionals compare and evaluate all of your options, when it comes to media buying? eLink Design's marketing team has over 75 years of combined media buying expertise. eLink identifies the target market you want to reach. We create a profile of the consumer you are trying to reach, which identifies the best venue in which to place media.

eLink sets objectives. Once we set the marketing objectives that you want to achieve with your target market, we can truly begin to create the most effective media plan. eLink defines and plans out the best strategy for your business. We identify your target market, coupled with research, and we establish the proper media objectives. Based on your budget, we will determine where best to allocate those dollars, strategically crafting the most effective media plan for your business.

The whole objective of effective media buying is to get you the absolute largest return for the dollars being spent, reaching the largest number of prospects. The eLink team has been involved with the purchase of over $175,000,000 of media buys. We know how to reach target audiences in the most cost-effective ways possible.

Put eLink Design to work for your business when it comes to media buying.

Get in Touch Today!

Have a question? Want to discuss a potential project? Just wanna talk? Call us or live chat Monday to Friday 8am - 5pm EST.

Questions about our services or pricing? Call for more info.

Our support staff will reach out to you within 24 hours.

Fill out this form for a free consultation. We'll be in touch within 24 hours.